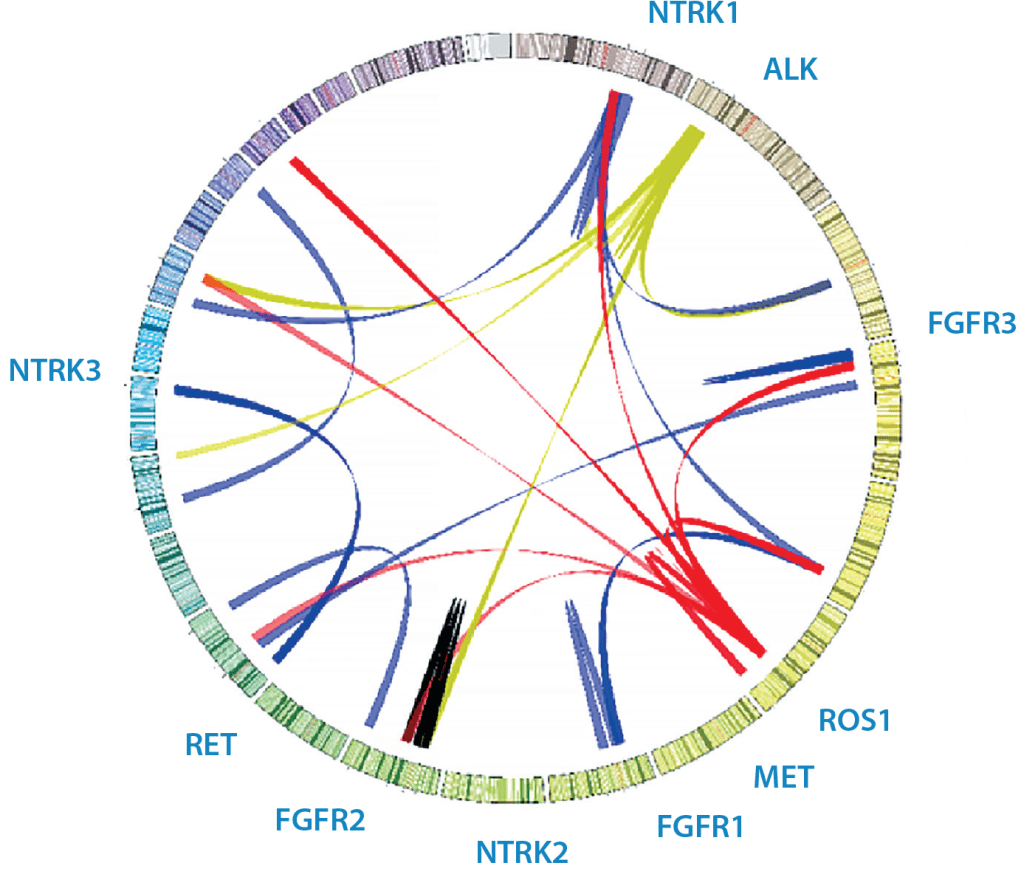 Example: An ALK fusion may be found at the DNA level but it may not be expressed as RNA. Some fusion partners such as EML4 result in dramatic overexpression of ALK and increase in its kinase signaling. However, other fusion partners may not result in ALK overexpression and thus would not potentiate the oncogenic ALK kinase activity. Such cases are unlikely to derive significant benefit from targeted ALK therapy.

RNA-based analysis, via Whole Transcriptome Sequencing, is the best method to detect clinically relevant aberrations, because the presence of RNA transcripts ensures that the alterations have been transcribed from DNA to RNA. MI Transcriptome also has the potential to discover previously uncharacterized events, which is important when identifying patients who may derive a strong response to targeted therapy. The test uses the same tissue requirements as Caris’ DNA tumor profiling and delivers results in the same turnaround time.

As the pioneer in precision medicine, Caris was the first to provide comprehensive Whole Exome and Whole Transcriptome sequencing for every patient. Each Caris molecular profiling order includes next-generation sequencing of all 22,000 genes.

Looking for a specific gene? Use the full gene search below to verify that it is included in Caris profiling, or browse the list of genes most commonly associated with cancer.

*Not available in New York State

Review and download the Caris molecular profiling testing menu for US and International cases.

RNA is the Superior Method of Gene Fusion Analysis

In a review of the Caris database of over 30,000 cases run for RNA fusion detection, additional fusion partners were found beyond what other commercially available DNA panels report. In this review, a DNA only approach, such as FoundationOne®CDx, would have missed 50% of clinically actionable NTRK3 mutations, due to the use of ETV6 (only), a common fusion partner for NTRK3*. Using RNA based fusion detection, multiple other clinically actionable NTRK3 fusion partners were found4.

MI Transcriptome can reliably detect expressed missed gene fusions (false negatives) and reduce false positives caused by unexpressed rearrangements called out using DNA-based fusion detection. Gene fusions are formed when exons from one gene rearrange to connect with exons from another gene. The breakpoints for these rearrangements frequently occur in the introns between the exons of the genes. 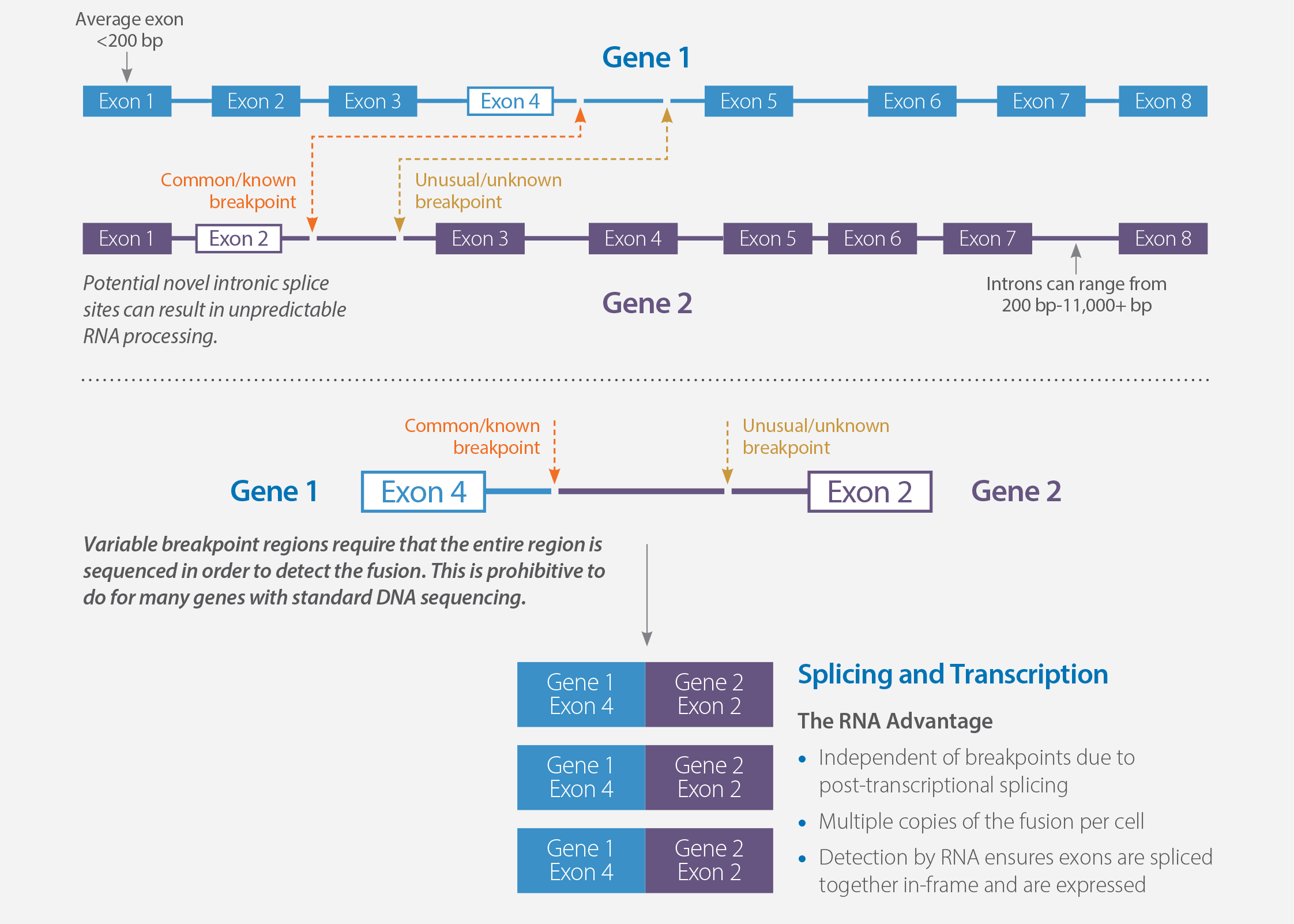 Order
We use cookies on our website to give you the most relevant experience by remembering your preferences and repeat visits. By clicking “Accept,” you consent to the use of all cookies.
Do not sell my personal information.
Cookie SettingsAccept
Manage consent