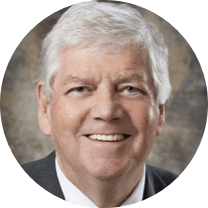 George Poste, DVM, DSc, PhD, FRC Path, FRS is a vice chairman of Caris Life Sciences and chief scientist, Complex Adaptive Systems Initiative (CASI) at Arizona State University. He assumed this post in February 2009. This program links expertise across the university in research on synthetic biology, ubiquitous sensing and healthcare informatics for personalized medicine. From 2003 to 2008 he founded the Biodesign Institute at ASU. In addition to his academic post he serves as chief executive of a consulting company, Health Technology Networks, which specializes in the application of genomic technologies and computing in healthcare. He serves on the board of directors of Exelixis and Caris Life Sciences and on the Scientific Advisory Boards for Synthetic Genomics and the A. Alfred Taubman Institute for Medical Research at the University of Michigan. From 1992 to 1999 he was chief science and technology officer and president, R&D of SmithKline Beecham (SB). During his tenure at SB he was associated with the successful registration of 31 drug, vaccine and diagnostic products. In 2004 he was named as ‘R&D Scientist of the Year’ by R&D Magazine and in 2006 he received the Einstein award from the Global Business Leadership Council. In 2009, Dr. Poste was named the recipient of the prestigious Scrip Lifetime Achievement Award, which honored his nearly four decades of research accomplishments spanning academia, industry, and government.

He has published over 350 research papers and edited 14 books on pharmaceutical technologies and oncology. He has received honorary degrees in science, law and medicine for his research contributions and was honored in 1999 by HM Queen Elizabeth II as a Commander of the British Empire for his contributions to international security. He is a Fellow of the UK Royal Society, the Royal College of Pathologists, the UK Academy of Medicine and a member of the Council for Foreign Relations. He is a former member of the US Defense Science Board and currently serves on advisory panels for several government agencies in advanced technology, public health, and national security.