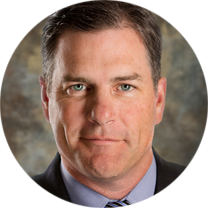 Mr. Clark has served in a variety of communications and government affairs leadership positions with ADC Telecommunications, Digi International and Acterna. He also served in the United States Air Force and Air Force Reserve, where he was a Minuteman II ICBM Missile Launch Crew Officer and Public Affairs Officer. He attained the rank of Major.

Mr. Clark is a member of the Board of Trustees for the Institute for Public Relations, the Dean’s Advisory Board to the University of Florida School of Communications and Journalism, and is a member of the Arthur Page Society. He is a graduate of The Virginia Military Institute with a B.A. in English. He holds a M.A. in Political Science from the University of South Dakota.